Images from the Egypt protests 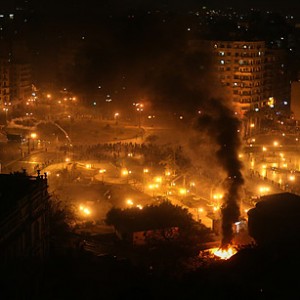 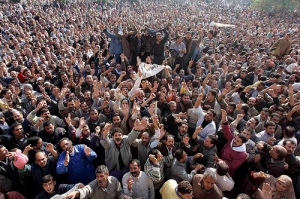 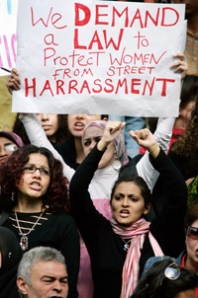 Police arrest 7 more suspects in its sweep of mischief makers

Six men and a 17-year-old boy are the latest arrests by Toronto Police’s G20 investigative team.

Police said all the charges relate to the violence that swept the city on Saturday, June 26.

Det.-Sgt. Gary Giroux alleged one of the men nabbed was trying to reach into a trashed police car to steal the laptop inside.

Another arrested man is charged with allegedly torching one of the four police cruisers set ablaze in the downtown during the rioting, police said.

Last week, Giroux released photos of 10 of the “most wanted” suspects in his G20 investigation.

Six people allegedly captured in those pictures have been arrested.

Giroux said more photos will be released Wednesday of the 20 most wanted.

That list will include some photos of suspects released earlier that police are still hunting for, he said.

A 17-year-old is charged with two counts of mischief over $5,000. He cannot be identified under the Youth Criminal Justice Act.

Three of the men arrested were the subject of arrest warrants police announced on Friday.

Six were released on bail Monday. Roarco has a bail hearing Tuesday.